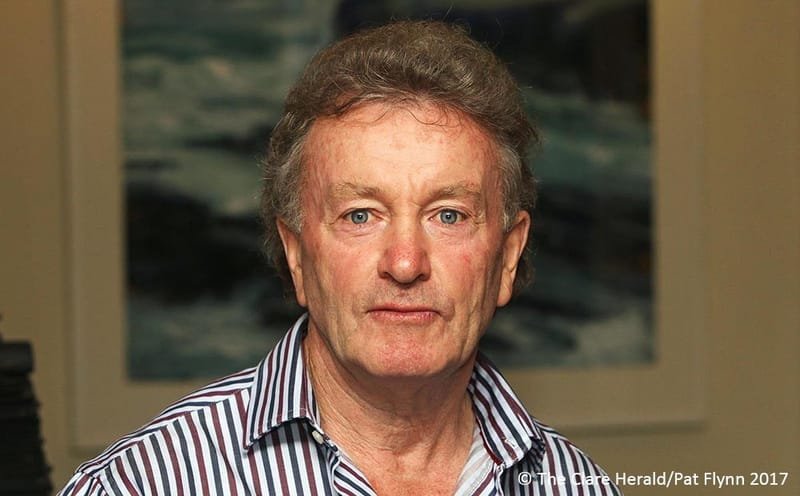 On May 15th 2020, P J Murrihy joined Brendan in Studio for a chat. P J Murrihy is an Irish singer-songwriter from Mullagh, County Clare, Ireland. When not working on his own farm in Clare he tours Ireland with his own band.

Patrick Joseph Murrihy is an Irish singer-songwriter from Mullagh, County Clare, Ireland. When not working on his own farm in Clare (where he breeds Wagyu cattle) he tours Ireland with his own band.

As a youngster Murrihy learned songs from singers in his family, including his mother and two of his uncles. He started playing music professionally with Michael Sexton Snr (the céilí-band leader from Mullagh), Jimmy Warde and David Culligan. He played for a time with the Kilfenora Céilí Band, with whom he made two albums, and then teamed up with accordionist Seamus Shannon for twelve years. They specialized in Irish traditional and country songs and dance music.[Before forming his own band he played in a band called The Bannermen.

He previously recorded with Harmac Records, which was sold to Ceol Records, Murrihy's current record label. He records in Martin O'Malley's Studios in Miltown Malbay. One of Murrihy's most popular songs is "Pat Murphy's Meadow", which was originally a poem, written in the late 1930s by J.M. Devine. Murrihy recorded it in 1988, when it entered the Irish charts.

With ten albums to his own name, P. J. has most recently penned a song dedicated to the memory of Donal Walsh, the Kerry teenager whose anti-suicide message touched the hearts and minds of the nation.

The song entitled ‘Don’t Leave Behind a Broken Heart’, went to No 1 in the Irish Country on iTunes 12 hours after being released. It remained at the number one spot throughout the Christmas season.

The song, written by P.J., also features Nathan Carter and Cherish the Ladies, with backing vocals from P.J’s daughters, Moira and Maeve Murrihy. Another song written by P.J., currently making waves in the charts is, ‘The Band is Back in Town’, brilliantly performed by singing star Michael English.

P. J. says of his career: “I am still living on the home farm with my family.”

Humbly ignoring his many musical accomplishments since his birth on the ocean side at Shandrum, Mullagh, Co. Clare.

Discussing his childhood in Clare, P.J. said: “I’m back in the West where they used to say that ‘if you threw a stone, you’d hit a musician’. My mother and father loved music, but they never played. My mother was a good singer, so were my uncles, and I had relations that played. You know, I often thought that if they had come up in a different time, they’d probably be singing and playing themselves.”

A lover of Gaelic football, P.J. played minor and Under-21 for Clare, as well as playing for 17 years with his own GAA Club Kilmurray-Ibrickane. P.J. is a farmer, who has introduced a Japanese breed of cattle known as Wagyu.

This breed of cattle is now becoming the most popular breed in the world because of it’s tender marbled meat. For such an established performer P. J.’s music career began so simply, as he says himself: “I got interested in music from listening to the radio, to the Clancy Brothers, The Dubliners and other folk bands.”

When he was asked to join the Kilfenora Band, he put all the songs he had learned to good use and never looked back. Some years later he formed a new band with Michael Sexton and Jimmy Ward and played all over County Clare. P.J. came to national attention in 1989 when he recorded ‘Pat Murphy’s Meadow’.

The song spent many weeks in the Irish charts and as a result he became a household name in Ireland and beyond. After many years playing with the Bannermen, P.J. joined up with Roscommon’s own Seamus Shannon. Having first met in 1993, the pair have since played venues all over the world, and have collaborated on two albums together.